To share your memory on the wall of George Mantziouras - Kingsville Celebration Centre, sign in using one of the following options:

We encourage you to share your most beloved memories of George Mantziouras - Kingsville Celebration Centre here, so that the family and other loved ones can always see it. You can upload cherished photographs, or share your favorite stories, and can even comment on those shared by others.

Posted Feb 11, 2020 at 09:00pm
We are so deeply saddened by the much too soon the passing of George. I will always fondly remember his smile when people walked into his home or restaurant kitchen. We are thinking of you all during this difficult time.
Love Jayne & Dimitri Buzinde
Comment Share
Share via:
DP

Posted Feb 11, 2020 at 07:33pm
The Pozios family, Dimitrios, Karen, Stephen and Kathryn of Oakville along with the extended family, Mrs. Irene Pozios, Kosta, and John of Toronto, send their deepest sympathies and most sincere condolences. Prayers for the family during this difficult time.
Comment Share
Share via:
LM

Posted Feb 11, 2020 at 04:34pm
We wish to express our sincere condolences to Chris and your family. George will always be fondly remembered and our prayers are with your family during this very difficult time.

Posted Feb 11, 2020 at 03:30pm
With deepest sympathy, our thoughts and prayers are with you. From Demetrios Kapsalis and family 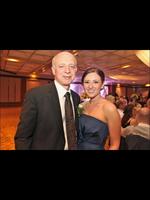 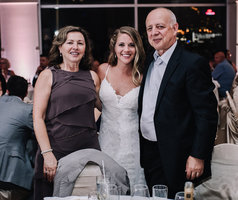