To share your memory on the wall of James Reid, sign in using one of the following options:

With love, we remember James (“Jim”) Reid who was welcomed into the Kingdom of Heaven to be with his Saviour, Jesus Christ on May 12, 2019.
James was born in Haddington, Scotland in 1925. He was proud o... Read More
~ James Cairns Reid ~

With love, we remember James (“Jim”) Reid who was welcomed into the Kingdom of Heaven to be with his Saviour, Jesus Christ on May 12, 2019.
James was born in Haddington, Scotland in 1925. He was proud of his Scottish descent. In 1927, he moved with his family to Canada.
James was a loving, attentive and devoted husband. He united in marriage with Alice (nee Nicholson) in 1950. Alice passed away in 1963. In 1971, James and the late Romell joined their lives together as husband and wife. They celebrated 45 years of marriage!
James is the beloved dad of the late Richard (father in law to Karen) and Ann Marie (Nuri Al-Khazrag).
He is cherished by his grandchildren: James, Heather (Aaron), Tiffany (Ryan), Tammy, Tara (Tom) and Brett.
James is Great Grandfather to Meadow.
He is loved and will be missed by his family and friends. He will especially be missed by his siblings and their spouses: Chuck (Evelyn), Alison Woods (Lance) and Allen (Alexina). His Godson and his family (Saul, Ginette and Sabrina Tam) also mourn the loss.
James served in the army and faithfully worked at Chryslers for over thirty years.
He volunteered for over 15 years with the Canadian Cancer Society and drove people to the hospital for their appointments.
He also was involved with the Independent Order of Odd Fellows.
James loved life! He delighted in being with people and liked to help others. He enjoyed exploring the world, dramatic arts, being in nature, crossword puzzles, reading the newspaper, and pie (especially Rhubarb and Apple)!
The Reid family would like to extend a special thank you to the Gelinas family (Tammy, Andy, Makayla and Chloe) and Annette Laporte for their assistance and care for James.
Thank you also to the staff and volunteers at the Hospice of Windsor and Essex County.
We know James is resting in the arms of his loving Saviour, Jesus because he believed that Jesus died and was resurrected. He accepted the free gift of salvation by repenting of his sins and asking the Lord to forgive him of his sins. He will be missed greatly and remembered fondly.
With respect to James’ wishes, cremation has taken place and a Celebration of Life will be held on June 29 at noon at the Unitarian Universalist Church (Olinda, Ontario).
In lieu of flowers, a donation to the Hospice in James’ memory would be greatly appreciated.
Arrangements entrusted to the Kendrick Funeral Home
Kingsville, Ontario. (519-733-4111).
Condolences received at www.Kendrickfuneralhome.com.
Read Less

We encourage you to share your most beloved memories of James here, so that the family and other loved ones can always see it. You can upload cherished photographs, or share your favorite stories, and can even comment on those shared by others. 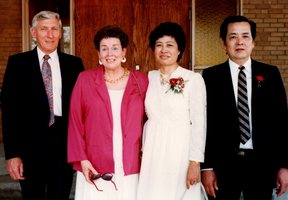 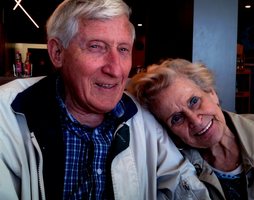