To share your memory on the wall of Fred Ware - Kingsville Celebration Centre, sign in using one of the following options:

Fred passed away from a long battle of C.O.P.D. on March 18, 2020 at the Erie Shores Healthcare , Leamington, ON at the age of 81.
He was born on December 6, 1938 in Leamington, ON and was the son of the late Gord and Eleanor (Chambers) Ware.
Loving father of Debby Ware of Leamington, Kirk Ware of Kingsville, AnnMarie Ware of Alberta and the late Terry Ware.
Sadly missed by grandchildren, Alex, Trevor, Maxwell and Daelyn.
Dear brother of Gord (Liz) Ware of Wheatley, Bob (Marlene) Ware of Ruthven and the late Harold Ware.
Fondly remembered by many nieces and nephews.
Arrangements entrusted to Kendrick Funeral Home, 91 Division Street South, Kingsville, ON (519)733-4111.
Online condolences received at www.Kendrickfuneralhome.com
Donations in memory of Fred would be greatly appreciated to the Heart and Stroke Foundation.
Read Less

We encourage you to share your most beloved memories of Fred Ware - Kingsville Celebration Centre here, so that the family and other loved ones can always see it. You can upload cherished photographs, or share your favorite stories, and can even comment on those shared by others.

Posted Mar 27, 2020 at 07:13pm
Kirk & Daley’s;
Sorry to hear about the loss of your father and grandfather, I was glad to have known him, he always had a smile on his face. Thinking of you both. Darlene Dalpe-Graham
Comment Share
Share via:
M

Posted Mar 20, 2020 at 06:22pm
So sorry to hear of Fred’s passing. My condolences to the Ware family. I knew Fred for over 50 years. Always was kind and considerate.
Mike Tassey
Comment Share
Share via: 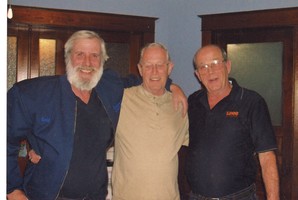