To share your memory on the wall of Edna Teskey, sign in using one of the following options:

We encourage you to share your most beloved memories of Edna here, so that the family and other loved ones can always see it. You can upload cherished photographs, or share your favorite stories, and can even comment on those shared by others.

Richard and I express our deepest sympathy on the passing of your mother. Edna was a great Rebekah sister. We have fond memories of our times with both Edna and Lawrence as neighbours, co-workers, sisters and brothers. They taught us much and their memories will prevail with their teachings passed to the next generations. They will be missed but not forgotten.
Blessings
Elaine & Richard Stevenson
Comment Share
Share via:
J

Posted May 09, 2019 at 12:04am
Dear Deanna and Betty
We so sorry to hear of your mother's passing as we just found out late wed night I not sure we make it down but our prayers and love will be with you Mark & Jane Teskey
Comment Share
Share via:
HS

Flowers were purchased for the family of Edna Teskey.

Flowers were purchased for the family of Edna Teskey. 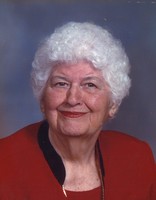