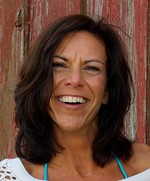 It is with heavy hearts that we announce the passing of our beloved wife, mother, daughter and sister, Carol Jean Stanton, on April 30, 2020 at Windsor Regional Hospital after a courageous battle with cancer at the age of 53 years. She leaves behind her best friend, husband and sweetheart of 31 years, Ray Stanton. Proud mother of Ryan (Sarah) and Ashley (Zak). Carol tried her hardest to be here for the birth of her first grandchild that is due in June; but her cancer never gave her a fair fight. She fought and battled like everyone knew that Carol would. Beloved daughter of Marie Levesque and the late Andre Levesque. Youngest sister of Frank (Margaret)Levesque, Anne Levesque, Janet (Craig) Page, Mike (Rita) Levesque and Simone (Wayne) Chisholm. Sister in law of John (Sukkanya) McGraw, Leigh-Ann (Steve) McIlwaine and Robbie (Stacey) McGraw . Also left to mourn her passing are several nieces, nephews, cousins, extended family and lifelong friends that Carol held close to her heart. Carol had worked for Canada Post as a letter carrier for 20 years.
A celebration of Carol’s life will take place at a later date when we can all get together and share memories and good times. Arrangements entrusted to Kendrick Funeral Home, Kingsville.
If you wish, memorial donations would be appreciated to Transition to Betterness, 3200 Deziel Drive, Unit 307, Windsor, ON N8W 5K8.
So, hug and kiss those that you love and live each day like it may be your last because you never know when that day might come.