To share your memory on the wall of Carol Jean Stanton - Kingsville Celebration Centre, sign in using one of the following options:

Donations are being accepted for: TRANSITION TO BETTERNESS FAMILY & HEALTH CARE.

We encourage you to share your most beloved memories of Carol Jean Stanton - Kingsville Celebration Centre here, so that the family and other loved ones can always see it. You can upload cherished photographs, or share your favorite stories, and can even comment on those shared by others.

Posted May 02, 2020 at 09:46pm
Ray and family so sorry to hear of Carol’s passing. We were surprised how quickly this happened. Thinking of the fun times we had with you guys when the kids were young. Our prayers to you and Ryan and Ashley during such a difficult time. She was a great lady! Darrin and Eduarda Harrison
Comment Share
Share via:

Posted May 02, 2020 at 07:38am
Ray,
So sorry to hear of Carol’s passing. Our heartfelt condolences go out to you and your family. Carol will always be with you. Treasured memories never leave us.
Sincerely,
Denise & Karl Klapowich
Comment Share
Share via:
JE

Posted May 01, 2020 at 10:40pm
Ray,Ryan and Ashley. So sorry to hear the passing of Carol. I worked with Carol for many years at the Kingsville Post Office. She was such a happy go lucky person and always carried that smile on her face. Hold on an cherish all those wonderful memories. These can never be taken away. My thoughts and prayers are with you at this time. Judy Edgerton
Comment Share
Share via:

Posted May 01, 2020 at 08:57pm
I was so very sorry to hear about Carol, Ray. My heartfelt condolences to you, Ryan, and Ashley. She was taken too early; she must have been needed elsewhere. Thinking of you all at this difficult time.
Linda Brackell-Bisson
Comment Share
Share via:
VG

Posted May 01, 2020 at 06:43pm
Vern and Johnny Goettel
We are so saddened to hear of the passing of Carol. A classy lady and a wonderful wife and mother. She will be missed!!!!! Our deepest condolences to Ryan, Ashley and Ray..Vern and Johnny 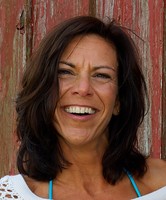