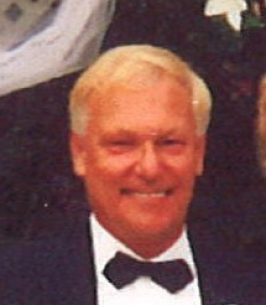 Cole, Andrew
78 years, passed away peacefully at Erie Shores Health Care, Leamington, Ontario on Friday, September 10, 2021. Dear husband of Janice Janssens. Father of Stephen Robert Cole and Angela (Paul) Champagne. Grandfather of Shelby Lynn, Ethan, Evan, Alicia, Michael and James.
Predeceased by his parents Geoffrey and Theodora (Bailey) Cole, sisters Dinah and Sue. Survived by sister Julia (Tim Edwards) Vernalls. Uncle Andy will be fondly remembered by his many nieces and nephews.
Many good times were shared with long time friends Claudio & Tracy Moressa and Bob & Lillian Loop. Andy loved boating on Lake Erie in his boat named "Jus B Cuz" making many good friends along the way.
Born in England, Andy joined the Royal Airforce at the young age of 14. He later immigrated to Canada where he joined the Canadian Airforce as an instructor for the Air Cadet Squadron until his retirement as a Captain and then served for 6 years in the Reserve in the Canadian Airforce.
Andy was a longtime member of the Royal Canadian Legion Branch #188 and the Loyal Order of the Moose Lodge.
At Andy's request cremation has taken place and a memorial service will be held at a later date. Donations in memory of Andy to the Royal Canadian Legion Branch #188 would be appreciated by his family.
Arrangements entrusted to Kendrick Funeral Home, 91 Division Street South, Kingsville, Ontario. Online condolences and memories may be shared at www.kendrickfuneralhome.com.