To share your memory on the wall of JR (Alexander) Lewis-Kingsville Celebration Centre, sign in using one of the following options:

Print
Alexander Junior Lewis February 22, 1925 – March 3, 2020
JR, our father passed away peacefully at Leamington Hospital surrounded by close family, March 3, 2020 just days after his 95th birthday.
JR was born in Colchester North, Ontario ... Read More
Alexander Junior Lewis February 22, 1925 – March 3, 2020
JR, our father passed away peacefully at Leamington Hospital surrounded by close family, March 3, 2020 just days after his 95th birthday.
JR was born in Colchester North, Ontario February 22, 1925, son of Elby and Alma (Kennedy) Lewis.
JR was pre-deceased by his wife of 65 loving years Edithe Katherine (McGeachy) Lewis (d. 2019); his daughter Bonnie Eileen (d. 2015) (Paul) Carter; his Brother Jack S K Lewis (d. 2014) (Margaret d. 2016); his sister Mary E Lewis (d. 1999); Brother in law Neil McGeachy (d. 2003) (Jane).
Survived by children Rebecca Ashworth, Doug (Susan) Lewis, Brian (Kelly) Lewis; cherished Grandfather ‘Papa’ for many years to Melissa, Sean, Rene’, Annie, Meagan, Victoria(Tori), Carson, Hayley; Proud Great-Grandfather to Dannika, Joshua, Emilee, Max, and George. Uncle to Brad, Kim, Tom Lewis, and Mary Beth (Lewis) Everaert. Brother in law of Jane McGeachy and uncle to (Jane and Neils children) Lynn, Scott, and Susan and various great and great great nephews and nieces and their families.
JR grew up in the Colchester and Gesto area in early childhood, and in the 1930’s helped start up the Lewis Dairy family farmstead where he continued to work for most of his life. Working hard on the family farm with his close family, father Elby, mother Alma, brother Jack and sister Mary. JR later married his sweetheart from Chatham Edithe Oct 8, 1953 and brought her to live on the farm where they raised a family of 4 children who also eventually had families, which JR and Edithe greatly enjoyed for many years.
JR loved nothing better than being at home, working around the farm, caring for his dog companions Lady, Elmer, Skeeter (I&II) and Elliot , tidying up around the yard, caring for the landscaping, organizing things in the barns, sheds and “over at the dairy”. JR often said “there’s no place like home” – where JR resided until health conditions no longer allowed this in 2018 where he re-joined his wife Edithe at Seacliffe Manor retirement home.
Growing up during those short breaks from working, JR played trumpet In Kingsville Essex Boys Band. JR and Edithe raised their family in the 50’s, 60’s and 70’s. Then In the 1970s and early 1980s JR and Edithe owned and operated Lewis Dairy which was his passion and life’s work, where many mornings a 4am awakening led to a long day of fulfilling work from which JR felt a great accomplishment having started it along with family.
Having family and children around as part of the family farm and dairy operation was also a great pleasure for JR; as all family contributed in their own way to the success of the family business as they grew. In 1981 the Lewis Dairy processing license was sold to Becker’s and JR was able to wind down the pace of work and he semi-retired. He worked as an independent delivery agent for Lakeside Jersey Dairy until 1985, and then they enjoyed a 30 plus year retirement from the fast pace of working life.
JR was an active member of the community and long-time member of Epworth United Church and sang in the Epworth choir for over 70 years, much of this time alongside his brother Jack.
The Lewis Family will receive family and friends at the Kendrick Funeral Home in Kingsville Friday March 6, 2020 visitation from 4pm to 8pm, with a service of celebration at 11 am, Saturday March 7, 2020 at Epworth United Church, Kingsville. Interment to follow at Greenhill Cemetery, Kingsville.
If desired, JR’s memory may be honoured via donations to the Epworth United Church - Kingsville Memorial Fund. Condolences received at www.Kendrickfuneralhome.com.
Read Less

Donations are being accepted for: EPWORTH UNITED CHURCH.

We encourage you to share your most beloved memories of JR (Alexander) Lewis-Kingsville Celebration Centre here, so that the family and other loved ones can always see it. You can upload cherished photographs, or share your favorite stories, and can even comment on those shared by others.

Posted Mar 21, 2020 at 01:43pm
I was sorry to hear about and privileged to have known Mr. Lewis, a kind and gentle man. My deepest condolences to the family, sorry I was not able to make the funeral, I was away. He lived a long and productive life.
Comment Share
Share via:

Posted Mar 06, 2020 at 11:31pm
Doug, Sue and family,
In honour of a life so beautifully lived, may you carry all the special moments and cherished memories in your heart today and always.
With heartfelt sympathy,
Helen & Terry Patterson and Baran family
Comment Share
Share via:
J

Posted Mar 06, 2020 at 10:34am
Doug and family..sad to hear of yor dad passing i have many fond memories of his visits to lakeside dairy and his sunny outlook on life
Comment Share
Share via:
J

Posted Mar 05, 2020 at 12:06pm
Doug and family...please accept your sincere condolences on the passing of your beloved father. May memories help heal.
Jane and Len Webber
Comment Share
Share via:
KJ 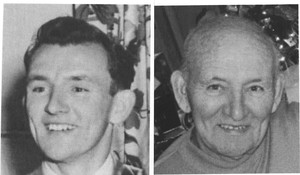 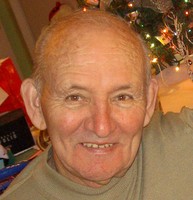 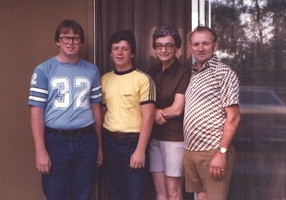 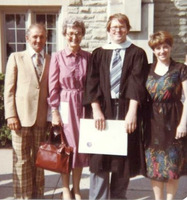